No Turning Back – The Story of Herman Williams (Navajo) 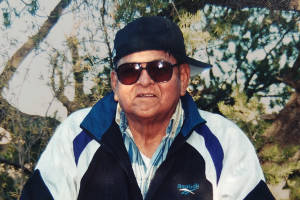 Herman was born and raised on the Navajo reservation. His grandparents brought him up in the Navajo language, culture, and tradition. As a teenager he jumped in the back of truck for a two-week work opportunity, and headed off the rez for the first time in his life. He was surprised and intrigued by what he saw… and decided he wanted to explore this new world. Two weeks turned into two years… and what happened in that time changed his life forever. Listen as Herman shares about his culture, his faith, and the amazing adventures he had as a follower of Jesus Christ. Herman is home with the Lord now, but his story continues to inspire and challenge those who hear it. We hope it will do the same for you.