The Rescuer Rescued – The Story of Gordon Thayer (Ojibwe) 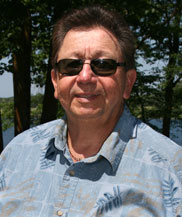 Gordon got into serious trouble as a young man.  He ended up standing before a judge who presented him with two choices: join the military or go to reform school.  Gordon joined the Air Force and eventually became a part of the special forces unit, Pararescue, serving two tours in Vietnam.  Pararescue’s motto is “These things we do, that others may live”.  That was his mission during the war, and he fulfilled it valiantly… receiving the US military’s third highest combat-only award, the Silver Star.  Years later, though, in a different battle, Gordon found himself as a prisoner – powerless to set himself free.